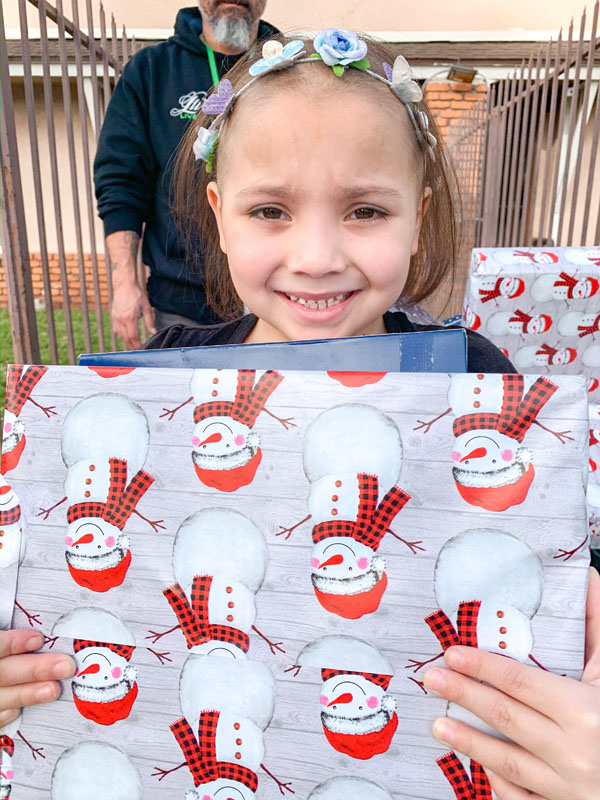 A big THANK YOU to everyone that donated to the Christmas Families fundraiser! This year we brightened up the lives of three families and helped make this holiday season a joyous one despite of some very difficult circumstance. The families were brought to tears when their gifts were delivered. Here are the families that we helped and their stories:

Jezzabel is 14 year old who was diagnosed with Cystic Fibrosis shortly after birth. Jezzy and her family have been dealing with Cystic Fibrosis and all the co-morbitities that are associated with this disease for her entire life.  In October 2018, she was diagnosed with Acute Lymphoblastic Leukemia. Her treatment is expected to end in March 2021, although she will continue to follow up with CHOC oncology  after treatment has finished. Jezzy and her family have had to bear many hardships dealing with her multiple diagnoses, length of commute for treatment, length of treatments, and multiple hospitalizations. She lives with her mother, father, 10 year old sister, and 6 year old brother.

On October 27, 2018 the Flores family lost their beloved Bryan to a long battle with leukemia. Bryan also had down syndrome and his mom and sisters were his primary caretakers. Just 3 short months later they lost their home and all of their belongings in a tragic house fire that was caused by an electrical shortage. Edith, their mother, was taken to the hospital due to smoke inhalation.  No one was injured, but all of their belongings were ruined, including clothes, shoes, personal items, appliances, all of their memories, pictures and all of Bryan’s items.

This family of five is local to Riverside. The mother and father coparent, but recently have moved back in together to make things easier when their youngest child, six year old Zoey, was diagnosed with Leukemia. The parents have expressed so much gratitude for all the help they have received during this difficult time.